Home » About Us » The History of DAA

The History of DAA 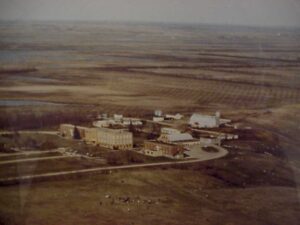 Dakota Adventist Academy has a rich heritage beginning with the operation of Elk Point & Plainview Academy in Redfield, South Dakota in 1902 and Sheyenne River Academy that opened its doors in 1904 at Harvey, North Dakota. In the fall of 1977, students enrolled in the new school still under construction near Bismarck, North Dakota now known as Dakota Adventist Academy. DAA was closed for the 1987-88 school year. With renewed dedication and sacrificial giving the academy was reopened in August 1988. This monumental feat was accomplished through the generosity of constituents, conference financial support, and the highly publicized DAA advance. 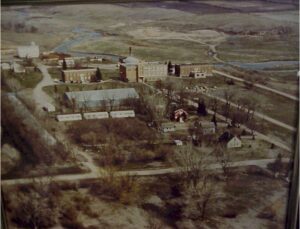 April 11, 1976, was the originally scheduled date for the groundbreaking of Dakota Adventist Academy. A site near Menoken, ND, near the interchange on Highway 94 had been surveyed and selected.

In the latter part of May 1976, work began on the new academy, at a new site north of Bismarck along the Missouri River. “A long green line of tractors equipped with scrapers went to work on the site of the new academy complex building and worked day after day, leveling the site.” The tractors were manned by volunteers from North Dakota churches and completed the task in two weeks.

Einstein Associates Incorporated, structural, and architectural designers from Skokie, Illinois, were designated by the DAA Board as the architectural firm to design and oversee the building. Mr. James Stuart was the associate to Mr. Einstein and the project architect for DAA. 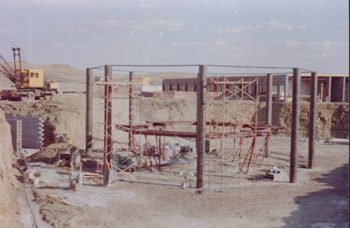 Wallace Carlson of Carlson Construction Company was contracted to build the building. Wallace had worked with Einstein on projects previous to the building of DAA. He said; “I feel certain that the architectural firm of Einstein Associates will give our people the maximum value for their investment dollars as well as an attractive, well designed, educational institution appropriate for the Dakota Plains.”

On June 28th, 1976, the General Conference Building Plans Committee, after careful study, gave approval with only a few suggestions to the blueprints for the academy. The Borrowing of Funds Committee gave similar approval to the financial plan developed by the conference to pay for the new building.

Construction began on July 22nd, 1976, with the pouring of the concrete footings for the dormitory wings. At the time, the proposed man-hours included: 12 masons working a total of 110 days each to lay the 350,000 bricks and 175,000 blocks.

A well was drilled in Late July of 1976, and it yielded abundant and “very drinkable” water. By late September 1976, construction was well underway. The dorm walls had reached ceiling height. 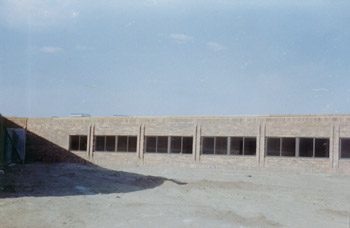 Favorable weather that autumn had construction workers optimistic about meeting their goal of having the school enclosed by wintertime so that inside work could continue to go on. By late December, the dormitories were in place, and a great portion of the steel in the swimming pool, gymnasium, and industrial arts area was erected or on-site. The lobby area of the auditorium was at that time under excavation, and the classroom footings were also being poured.

By mid-January of 1977, work on the central portion of the building (the classrooms, cafeteria, administrative offices, library, and music areas) was well underway, as was the Chapel area. The dormitories were heated and work on the floor and room partitions were progressing well.

In mid-summer of 1977, the move from Sheyenne River Academy to Dakota Adventist Academy started to take place. The school began to advertise in the Union paper for the upcoming 1977-78 school year. 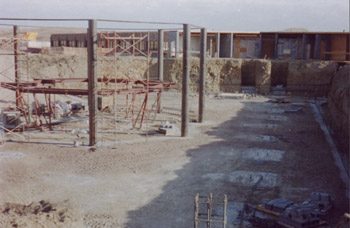 Construction crews raced to complete all the essential areas of the academy complex in time for the start of school on August 28, 1977. In mid-August, the carpet was being laid and drapes hung. Applications for the first year of DAA poured in from all over the United States and Canada. Sufficient classroom space was available, the cafeteria was complete except for some finish work, and work had been started on the industrial building by Bill Bender of Bismarck.

Get Ready for Life